The Commission on Parliamentary Reform’s “Report on the Scottish Parliament” was published on Tuesday 20 June 2017.

(if you have trouble accessing the report using an electronic reader please email us cpr@parliament.scot)

Over the nine month period of the Commission’s work we have spoken to, heard from, and met with people across Scotland, helping shape and inform our recommendations.

We make a substantial number of recommendations which we believe, taken together, will deliver significant improvements to the way Parliament scrutinises legislation and engages with the people of Scotland.

On 26 October 2016, the independent Commission on Parliamentary Reform was established by the Presiding Officer to look at how the Scottish Parliament can engage better with the people of Scotland and how its work can be improved to deliver better scrutiny.

Having a strong, effective parliament is in all our interests.  The laws passed and the Government policy considered at Holyrood directly affect many aspects of our daily lives so it’s important the public have a clear say in how those laws and policies will work.

That is why an important part of the work of the Commission is to enable everyone who wants to, to give their views to the Commission – after all it’s Your Parliament, Your Voice. 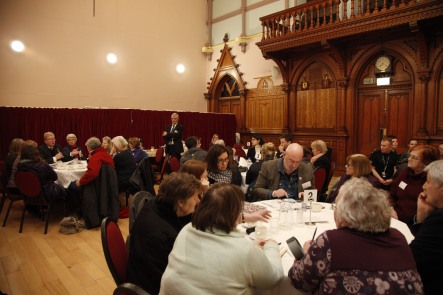 Between January 2017 and March 2017 the Commission attended over 40 workshops, conferences and meetings throughout Scotland hearing from over 1000 people. To find out more information about each event, including a short note covering what was discussed, please see our Events Page.